by Dr Lyndon Bouah
The SA Open 2022 is underway at Fairbairn College in Goodwood, Cape Town, South Africa. A fair number of players have arrived from all over South Africa and Africa to compete.
Chess in South Africa has its genesis in Cape Town. The first chess club was established in 1885 and they organized the first National event in 1892 already making this year a nice 120th anniversary. In 1962 the first SA Open was organized in the Wilderness in George with a few players. The SA Open was then held every two years but in the 1980s and 1990s it became an annual event.
In this event there are a number of favorites. SA Champion IM Daniel Cawdery started well against Ashley Schuller. In a sharp Sveshnikov, Cawdery dominated and at one stage all of Black’s pieces appeared to be on the back rank.

On board two IM Watu Kobese a a multiple winner of this event gave some positional lessons relating to squares!

On board three FM Banele Mhango is continuing his fine run of form when he beat Dione Goredema. Dione could not make progress despite having two water bottles, and two juices!!

On board 4 IM Dante Beukes from Namibia beat WCM Rebecca Selkirk in a sacrificial game.

FM Calvin Klassen was pressing against his young opponent and on Board 6 Keith Khumalo was unexpectedly held to a drawer Ethan Felix.

On Board Seven FM Charles de Villiers played a vintage game when he sacrifices an exchange on h5 against the Dutch of Dr Andrew Southey. He followed this up with an attack and the game dramatically ended with a smothered mate.

I won on board 8 against CM Flores Bartoli. So lots to look forward to.

The games can be followed live as there are 45 DGT boards in operation. There is also a nice website.
Chat later. I need to prepare now!
Regards
Lyndon Bouah

Dr Lyndon Bouah is an advocate and was captain of the South African Open team during the 2018 Batumi Olympiad.  He is also one of Africa’s most prolific chess writers. 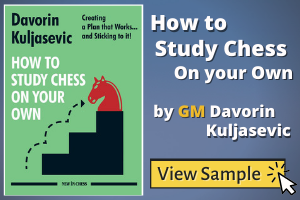