World Chess Champion Magnus Carlsen will not defend his title

World Chess Champion Magnus Carlsen has confirmed in a public statement that he will not defend his title in 2023.
Dear members of the media:
Earlier today, the World Chess Champion Magnus Carlsen confirmed in a public statement his intentions to not defend his title in 2023.
While he has not officially withdrawn yet, as he has not been sent the contract for the match and a deadline has not been formally set, at FIDE we understand his decision is final.
In view of that, FIDE President Arkady Dvorkovich has issued the following statement:
“Magnus Carlsen deserves nothing but respect from FIDE, and from the whole chess community, in whatever decision he makes regarding his career. Only a handful of people in history can understand and assess the tremendous toll that it takes playing five matches for the title.
Many other great champions, in other sports, have experienced something similar: with the passing of the years, it is more difficult to find the motivation to train and compete at the highest level, while the reward for the victory never feels as intense as the first day.
We had hoped that after some deserved rest, Magnus would look at this differently. Sports legends like him always strive for goals and records. He is still young and could possibly have added more classical titles to his already outstanding career, as he will surely try in the Rapid and Blitz modalities, which he favours.
Since he first expressed his doubts publicly, FIDE has been open to dialogue and to consider specific proposals to change the format of the World Championship. Some of these ideas were discussed in May with Carlsen and other top players, and in Madrid, we had a meeting where all the concerns were discussed openly and in detail. Alas, it did not change his mind.
His decision not to defend his title is undoubtedly a disappointment for the fans, and bad news for the spectacle. It leaves a big void. But chess is now stronger than ever —in part, thanks to Magnus— and the World Championship Match, one of the longest and most respected traditions in the world of sports, will go on.
FIDE President Arkady Dvorkovich
Laussane,
2022-07-20
Magnus Carlsen Kateryna Lagno win 2018 World Blitz Championship. 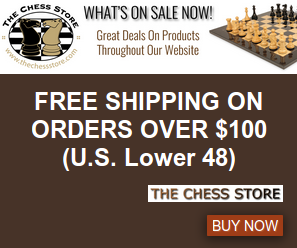