KCB Chess Club grabs the lead in the National League

KCB Chess Club moved to the top of the 2022 Kenya National Premier League with a decisive 3.5-1.5 victory over Nairobi Chess Club last weekend at the KCB Sports Club in Nairobi.
The victory now perches KCB Chess Club at the top of the 16-team league with 25 points from nine matches.
Jomo Kenyatta University of Agriculture & Technology is in second place with 18 points from 9 matches.
On the other hand, Nairobi Chess Club is languishing in 11th position from 8 matches.
KCB Chess Club grabbed the first point when 2018 Kenya National Ladies Champion Gwen Jumba defeated Nandini Agarwal on board 5.
The other decisive victory for KCB came on board three when CM Ben Magana had to overcome a stubborn Victor Hongo. It was interesting to see that Victor had built a mighty fortress and just had a blind moment to allow CM Magana to grab a pawn when he played 48. Ke2.

The game on board four was another dramatic one. Jackson Kamau of KCB Chess Club was hunting for his seventh consecutive victory when he faced Willy Simons, the Chairman of Nairobi Chess Club.
The game seemed headed for a drawn position with only pawns on the board. Both players managed to queen a pawn. All that remained was for Willy Simons to queen his second pawn before he fell for a stalemate trap!

Peter Gilruth faced enormous pressure from Joseph Methu on board two with a seriously cramped position. He, however, managed to extract a draw.

Martin Njoroge, the 2021 Kenya National Champion on board one, managed to hold Vasanth Ramesh to a draw to ensure that his team ended with 3.5 to 1.5 points. 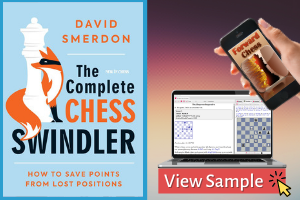