Team Kenya had a difficult day during the last and final 11th round of the 2022 Chennai Olympiad.
The Open team struggled to overcome Jamaica but ultimately lost 3-1.  The Ladies’ team could not overcome Belgium and lost 3.5-0.5. Belgium was 49th while Kenya was 99th in the ranking at the event’s start, so it was a tough encounter.

The Open team ended up 130th out of 186 teams that took part. The results might not look impressive, but since Kenya was ranked 135th at the start, it is a fair performance. Another factor to consider is that three players also made their maiden Olympiad and gained valuable experience. The team returned with one FM and two CM conditional titles, which brought a massive cheer from fans in the country and the continent.

The Ladies’ team was stellar despite being ranked 99 out of 160 at the start. The team scored 11 points to end in position number 73 and ranked third in Africa after Egypt and Algeria. In addition, they were the winners of Group D. This was an outstanding performance.
My biggest gripe was the inverse board order. WCM Joyce Nyaruai, the top-ranked player, played on board five instead of number one or two.

I believe the time is now ripe for Kenya to embrace a new Olympiad qualification system. The current system, a three-phase qualifying process, is archaic and poorly designed for the Olympiad team.
Any hopeful has to go through three complete stages, starting with the National Championship, which is traditionally held in December every year. The nine-round event generally stretches over five days.
The winner of the National Championship is now seeded directly into the third phase. The following twenty-four participants enter the second stage, with six rounds held over three days.
The top seven players from phase two then proceed to the third and final phase. In addition, the National Champion, the top junior player and the top two rated players join the final stage making a total of eleven players. The third phase takes over a total of six days.
An attempt to become an Olympiad player takes 14 days spread out over four different weekends. You then need a further 14 days to take part in the Olympiad. Not many players have this kind of time on their hands. In these circumstances, getting time off as a university student or an employee will never be easy.
Uganda ranked 90th at the start and ended up in the 82nd position. Tanzania was way lower at number 149, while Somalia ended at 150th.

Uzbekistan were the surprise winners of the Open section beating top favourites the USA, Armenia and the two Indian teams. They amassed 19 points after defeating the Netherlands in the last and final round to pip Armenia into second place, while India B grabbed the bronze medal.
GM Jahkongir of Uzbekistan scored an important victory on board four for his team against GM Max Warmerdam of the Netherlands.

Ukraine snatched the gold medal in the Ladies section with a win over Poland in the last and final round thanks to GM Mariya Muzychuk and GM Anna Ushenina. Georgia defeated Azerbaijan to grab the silver medal. India, unfortunately, lost to the USA to only capture the bronze medal instead of the silver. 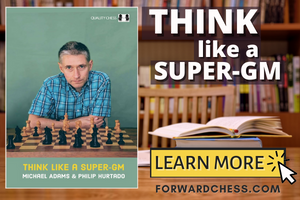