The 2022 Champions Showdown: Chess 9LX kicked off today with an elite 10-player rapid round-robin featuring Chess960 (Fischer Random), a rich variant where the starting arrangement of the pieces is shuffled on the back rank. After the first day of action, 2022 FIDE Candidates winner Ian Nepomniachtchi leads the field with a perfect 3/3 score, while 2018 World Championship challenger Fabiano Caruana is currently in clear second with 2.5/3. Also taking part in the event is legendary 13th World Champion Garry Kasparov, who along with 8-time Russian Champion Peter Svidler had a difficult start, failing to score any points on the first day.

The first round saw three decisive games as Nepomniachtchi took advantage of a blunder by Svidler to win an exchange, while Aronian found a small trick in the endgame to defeat Kasparov. The best game of the round was Shakhriyar Mamedyarov’s win over Hikaru Nakamura, where ‘Shakh’ sacrificed an exchange for long term control over the light-squares, eventually culminating into a direct mating attack. 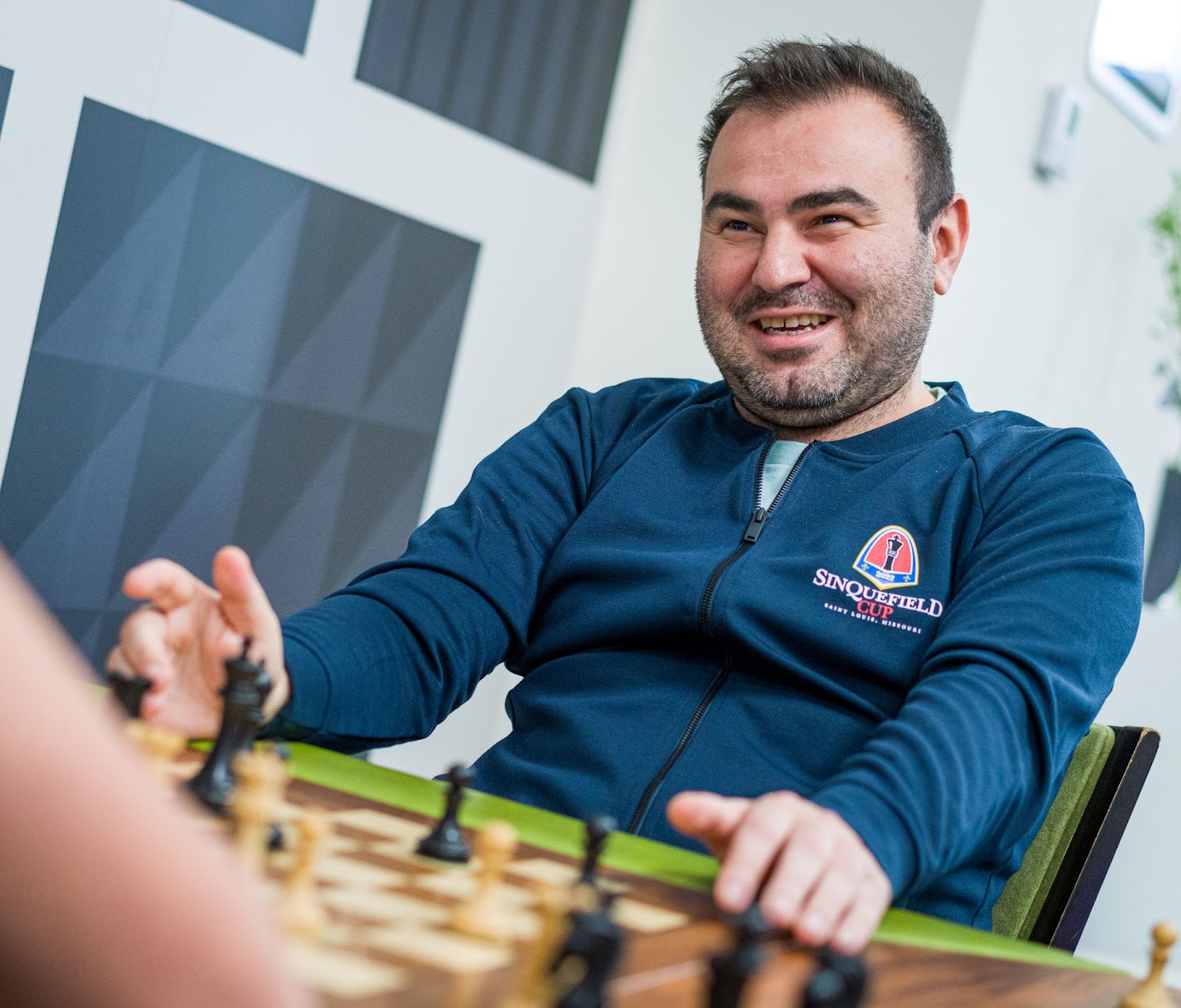 The second round was even bloodier than the first, with all five games ending decisively. Nepomniachtchi continued his run when Aronian grabbed a risky pawn and ended up blundering into a queen trap shortly thereafter.

Kasparov was ‘playing for two results’ against Nakamura, with an extra pawn in a queen and opposite colored bishop endgame, but in severe time-trouble hung his bishop to a fork, losing the game. Meanwhile Firouzja, Caruana, and last year’s Chess 9LX champion Leinier Dominguez all scored their first wins of the event.

The final round of the day started out with a bang, as Nepomniachtchi won his third straight game in style, beating Nakamura in 19 moves thanks to his huge lead in development.

In the meantime Caruana managed to break into second place with a time scramble win over Kasparov, and Aronian earned his second point of the day as he successfully prevented Dominguez from getting his pieces out. Lastly, Wesley So was able to collect his first win, after correctly simplifying into a winning king and pawn endgame against Svidler.

Taking place in between the Sinquefield Cup and the Champions Showdown was the yearly Ultimate Moves exhibition, a fun rapid event filled with banter that featured Saint Louis Chess Club founder Rex Sinquefield taking on John Beckstead of Edward Jones, as they teamed up with five world class players each.

Team Rex consisted of Aronian, Caruana, Mamedyarov, Dominguez, and Svidler, while Team John included Kasparov, Nepomniachtchi, Firouzja, So, and Nakamura, as the players took turns playing five moves each in a four-game rapid match. Team John won Rounds 1 and 3 playing Black, while Team Rex won Round 2. But in the final game Team John was able to draw by repetition to clinch the match 2.5-1.5 in their favor.

Leonard Barden for Guardian on Niemann – Carlsen case: It is time for FIDE to step in

Leonard Barden for Guardian on Niemann – Carlsen case: It is time for FIDE to step in