The South Sudan Olympiad Team has been announced after the end of the third and final phase of the Qualifiers. Interestingly the team is composed of four newcomers and one veteran.
Gong Thon Gong, who won the phase one and two selection events, was again at the top of the table with 8.5 points out of eleven rounds. He won eight games, drew one and lost to Adol Chol Wech in the last round. Gong Thon Gong, 19 years old, is currently rated 2159 and will play on board 1 for his maiden Olympiad appearance for his county.
Peter Majur Manyang was second with 8 points and is also making his maiden Olympiad appearance. He will play on board two and is currently rated 2023.
Ajak Mach Duany is another player making his maiden appearance at the Olympiad who ended with 7.5 points in third place.
Rehan Deng Cypriano ended with seven points and will play on board four for the South Sudan Olympiad Team. He is a veteran of the 2016 and 2018 Olympiad and will provide guidance and stability for the team during the event. Rehan Deng Cypriano is rated 2109.
Another person making their Olympiad appearance is Madol Garang Panthoum, who obtained 6.5 points to grab the fifth and final slot.
South Sudan will be making it’s third Olympiad appearance in Chennai.
They ended in the 107th out of 180 teams at the 2016 Baku Olympiad. In the 2018 Batumi Olympiad, they fell marginally to 116th, ranking out of 185 countries.
It will be interesting to see if South Sudan can break the glass ceiling and cross into the top 100 countries in the 2022 Chennai Olympiad.
We have an exciting miniature from the South Sudan Olympiad Team Qualifiers 3rd phase event. 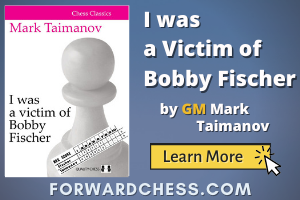 Revenge brings the only !cupset in the TCEC Cup 1/8 finals

Revenge brings the only !cupset in the TCEC Cup 1/8 finals